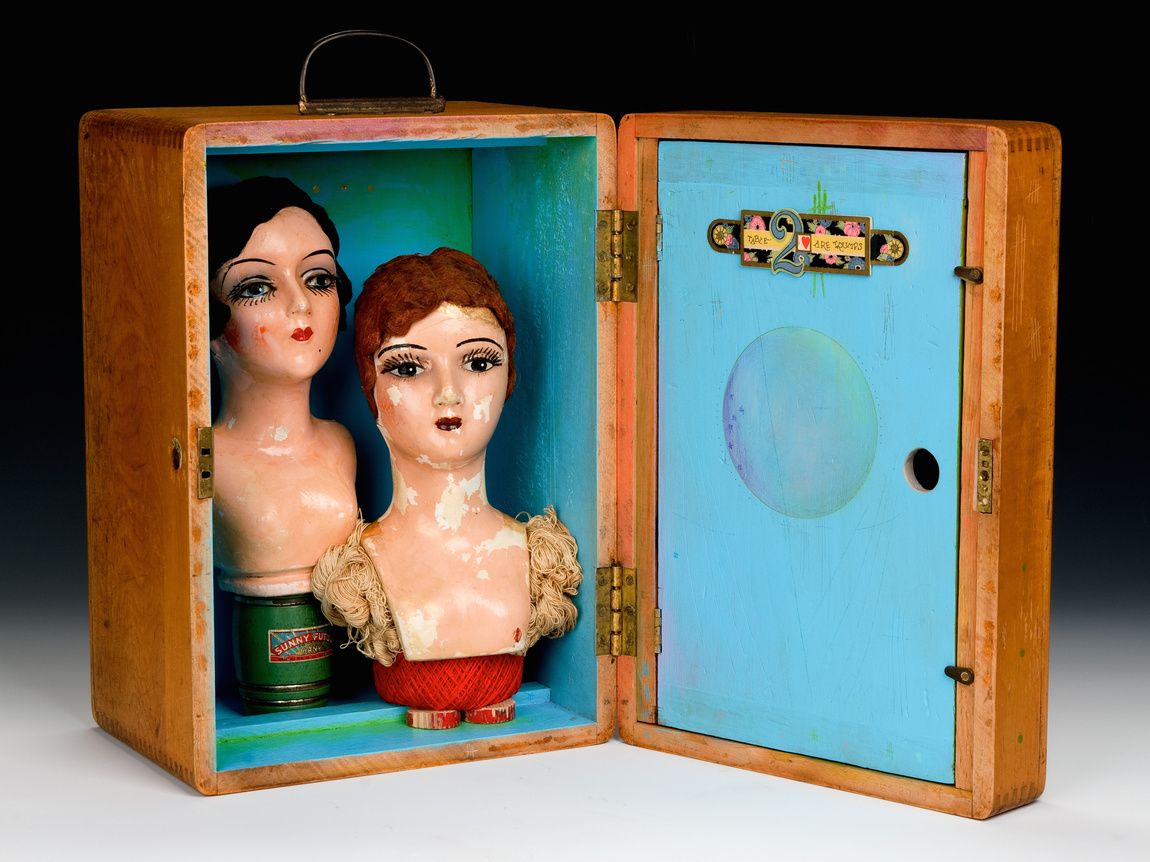 This quote is scratched outside the box: “even if guilt were a coat of sable and the ground were deep in snow, I would rather freeze than wear it.” (Oscar de Bernieres) Two women gaze into the distance away from a door with a sign -an old bridge card- that says “TABLE 2 ARE TRUMPS”. Behind the door is a curtain and a ladder with wings made from leaves. A mouse looks out from behind the ladder. One of the women has a barrel for a torso that reads “SUNNY FUTURE BANK”. The other woman has a spool of red string where her torso would be, sitting on pieces of a bat used for shame, with tangled thread where her arms belong. 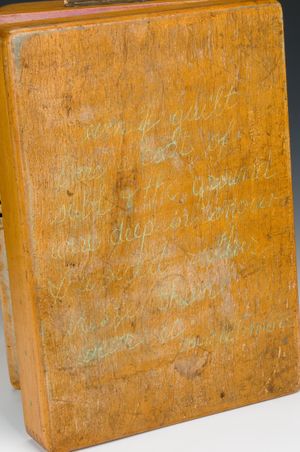 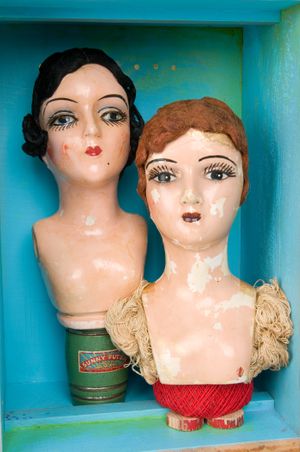 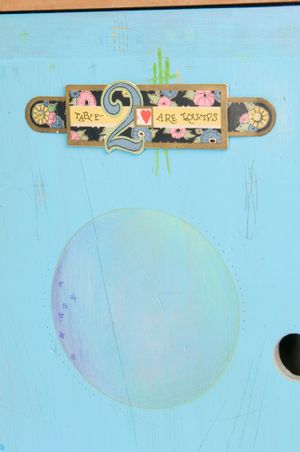 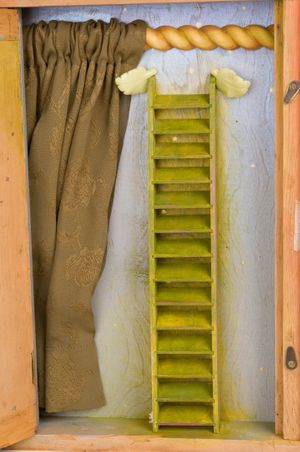